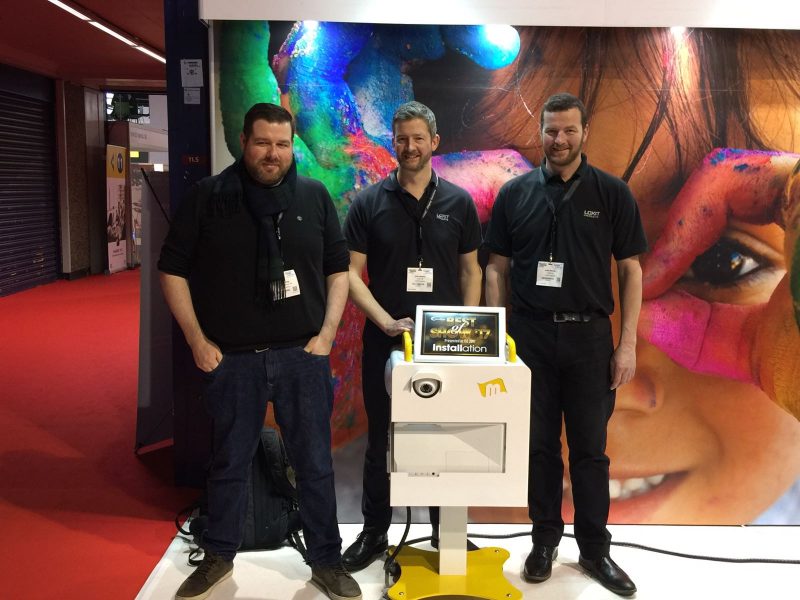 Loxit was celebrating at ISE 2017 after being presented with a Best of Show award for the Magic Carpet interactive projection system. The display on the stand garnered huge amounts of attention during all four days of the show, with the App Builder feature a particular talking point due to its ease of use and the ability to add branding and new content, something seen as a particular benefit in a corporate setting.

The Best of Show awards are judged by independent industry figures. The judge who visited the Loxit stand praised Magic Carpet for its ease of set up, calling it a “simple but effective concept for indoor use, with loads of apps”.

Magic Carpet is designed for use in a wide variety of environments, including education, events, corporate and retail spaces. The fully integrated system is available as a simple to use plug and play mobile system and comes with 500 apps with 35 customisable app templates and 5,000 media assets, meaning opportunities for making your own content are virtually limitless.